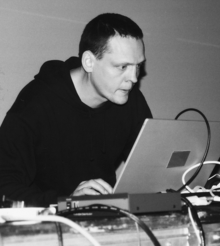 
Nicolai has recently written an opera, Sparkie: Cage and Beyond, in collaboration with Michael Nyman.
From Wikipedia
Posted by The Age of Digital Art at 00:44 No comments: 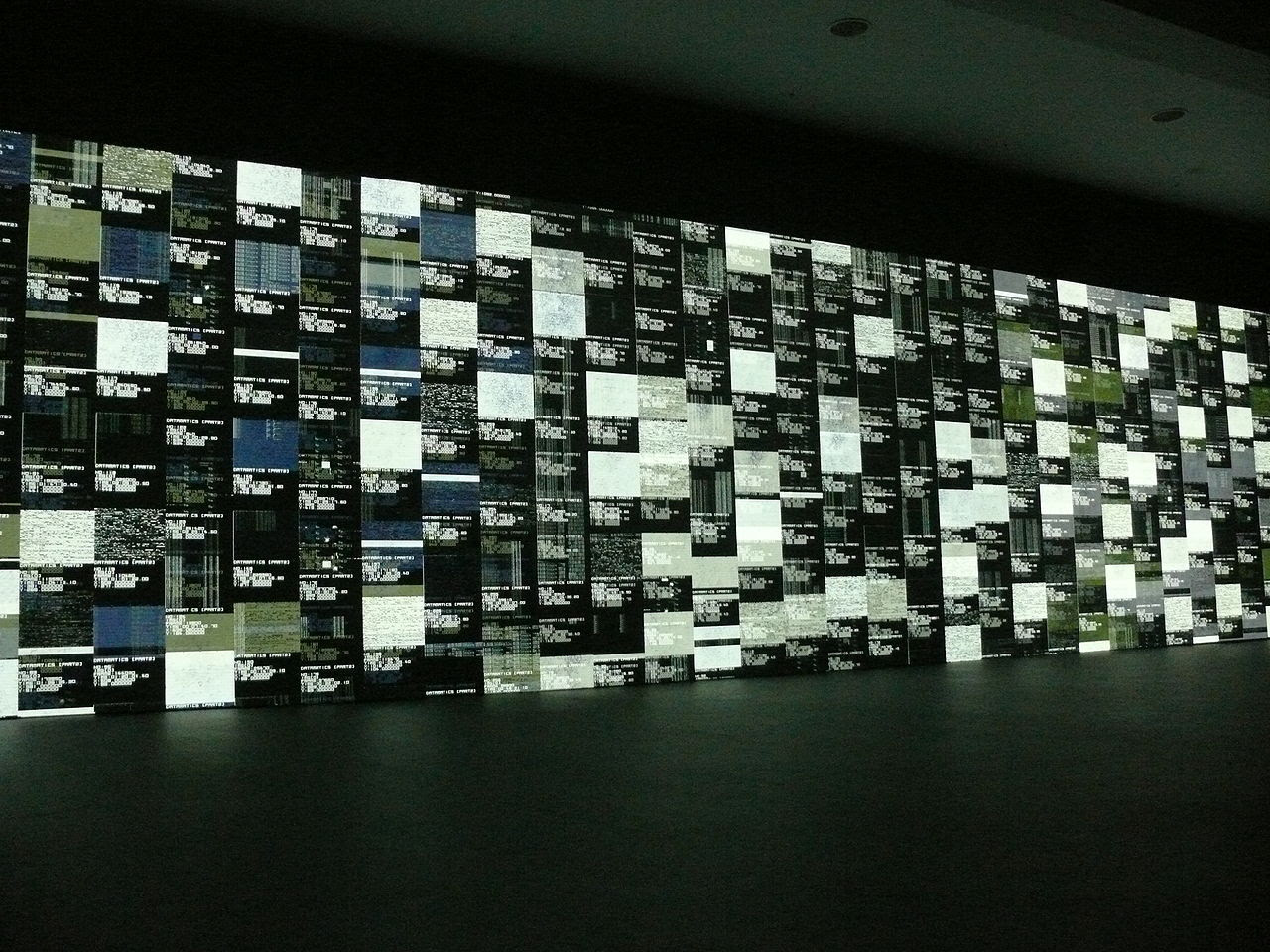 Ryoji Ikeda was born in Gifu, Japan in 1966 and is a Japanese sound artist who lives and works in Paris. In addition to working as a solo artist, he has also collaborated with, among others, Carsten Nicolai (under the name "Cyclo.") and the art collective Dumb Type. His work matrix won the Golden Nica Award in 2001.


Ikeda's music is concerned primarily with sound in a variety of "raw" states, such as sine tones and noise, often using frequencies at the edges of the range of human hearing. The conclusion of his album +/- features just such a tone; of it, Ikeda says "a high frequency sound is used that the listener becomes aware of only upon its disappearance" (from the CD booklet). Rhythmically, Ikeda's music is highly imaginative, exploiting beat patterns and, at times, using a variety of discrete tones and noise to create the semblance of a drum machine. His work also encroaches on the world of ambient music; many tracks on his albums are concerned with slowly evolving soundscapes, with little or no sense of pulse.


In 2004, the dormant Saarinen-designed TWA Flight Center (now Jetblue Terminal 5) at JFK Airport briefly hosted an art exhibition called Terminal 5 curated by Rachel K. Ward and featuring the work of 18 artists including Ikeda. The show featured work, lectures and temporary installations drawing inspiration from the idea of travel — and the terminal's architecture. The show was to run from October 1, 2004 to January 31, 2005— though it closed abruptly after the building itself was vandalized during the opening party.


In May – June 2011 a presentation of three of the artist's immersive audio/visual projects, The Transfinite, was exhibited at the Park Avenue Armory.


From Wikipedia
Posted by The Age of Digital Art at 00:41 No comments:

More about his major projects can be found at his official website, but the breadth and varied nature of Factor's output is better appreciated by some of his more obscure contributions.


Jarrod's final production from Film School is available for purchase on Amazon.com - Insignia - A film by Jarrod Factor

A more thorough bio can be found here: About Jarrod Factor
Posted by The Age of Digital Art at 00:38 No comments: